Róbert Kiss, Co-founder & CEO
While pursuing his Ph.D. in molecular modeling, Róbert Kiss, a Research Scientist was also working on various drug discovery projects simultaneously. During that phase, he observed that finding the best supplier for a set of compounds designed for a particular drug target was challenging, as there were multiple suppliers to source the compounds from. He thus realized the need for a large and easily searchable chemical space with molecular modeling tools. Collaborating with three other researchers, developers and an angel investor, Róbert then co-founded Mcule, a company that offers purchasable compound database and molecular modeling tools leveraging its online drug discovery platform to pharma and biotech companies.

Mcule provides a compound sourcing service for drug discovery research groups. Mcule’s integrated approach can be particularly interesting to SMEs, startups, and virtual pharma companies that do not have the in-house functionalities or required staff for compound procurement. This service is integrated with molecular modeling solutions and drug design tools including high-quality compound database, advanced compound selection, automated price optimization, and professional delivery service. Mcule collects available compounds from various suppliers and updates them in their database, making it easier for users to select compounds for different projects. The clients can also get price quotes instantly for their selected compounds using the Instant Quote interface, which empowers the researchers to concentrate on scientific study rather than compound procurement operations. Smaller organizations or biology-based companies tend to miss the design part of their pipeline; such companies can collaborate with Mcule not only to avail the chemicals but also the tools for drug discovery.

Mcule came up with the Instant Quote feature in 2014 when one of its clients complained about the hassle involved in sending emails and waiting for days to get the response and receiving the quotes for their desired compounds. It was then that Mcule realized the need for Instant Quote and started developing the feature on its online drug discovery platform.

Mcule provides compound sourcing service for drug discovery. We came up with the Ultimate Database Project because we believe that difficult targets require novel chemistry.

It also allowed the client to create their own quotes on the website thereby helping them to speed up compound sourcing and generate revenue.

Currently, the company has a customer base with specific requirements for compound sourcing. It delivers compounds ordered by a particular customer to different locations worldwide, which requires an advanced logistics solution and special formatting of the samples. “We have an experienced customer support team and can be flexible to provide custom solutions,” stresses Róbert, the CEO of Mcule.

The firm focuses on the early phases of drug discovery, which entail hit identification and lead optimization. One of the first steps in drug discovery is hit identification to identify scaffolds by physical or virtual screening tools. Subsequently, several parameters such as biological activity, side effects, solubility, and toxicity are optimized which is known as lead optimization.

Besides hit identification, lead optimization, and compound sourcing service, the company is also working toward developing a database of 500 million compounds, which would include completely novel molecules predicted to be synthesizable but not yet synthesized for drug discovery. “The reason why we came up with this Ultimate Database Project was that we found that some diseases are difficult to target, partially because of the limited chemical space that researchers are using” explains Róbert. In this project, the team at Mcule is aiming to augment the available number of compounds making the drug discovery process easier for researchers.

Drug discovery has an ocean of opportunities and should be capable of producing medicines for diseases such as neurodegeneration and cancer. Realizing the potential of drug discovery, Mcule is making efforts to develop its platform further and integrate novel chemistry influenced by its Ultimate Database Project. It also looks forward to contributing more to the chemical space and drug discovery processes by introducing new drug designing tools. 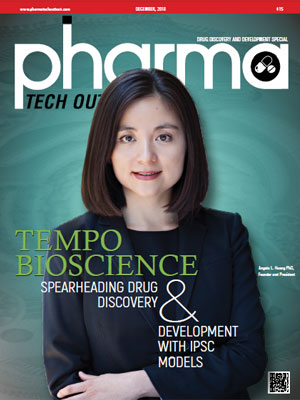